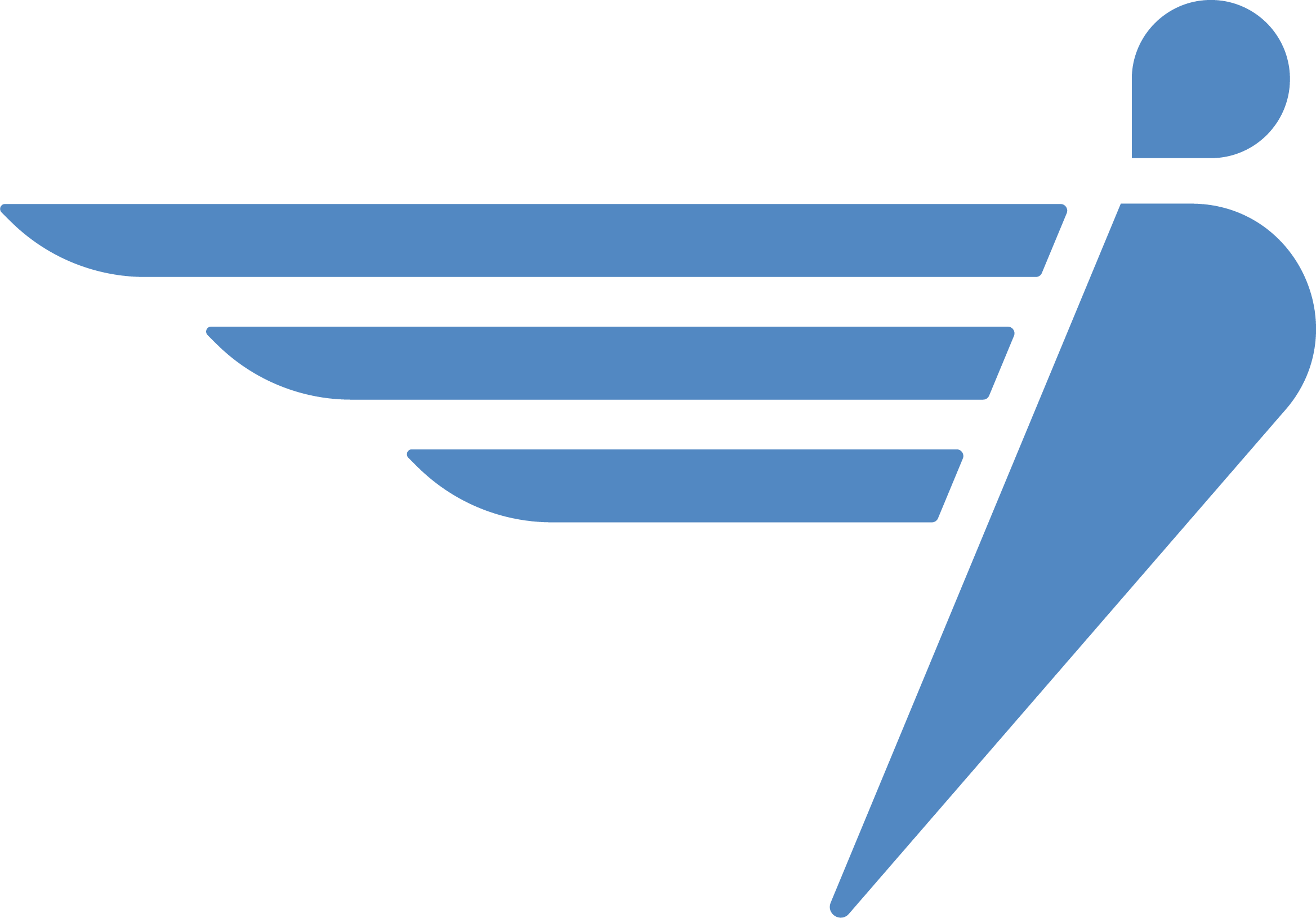 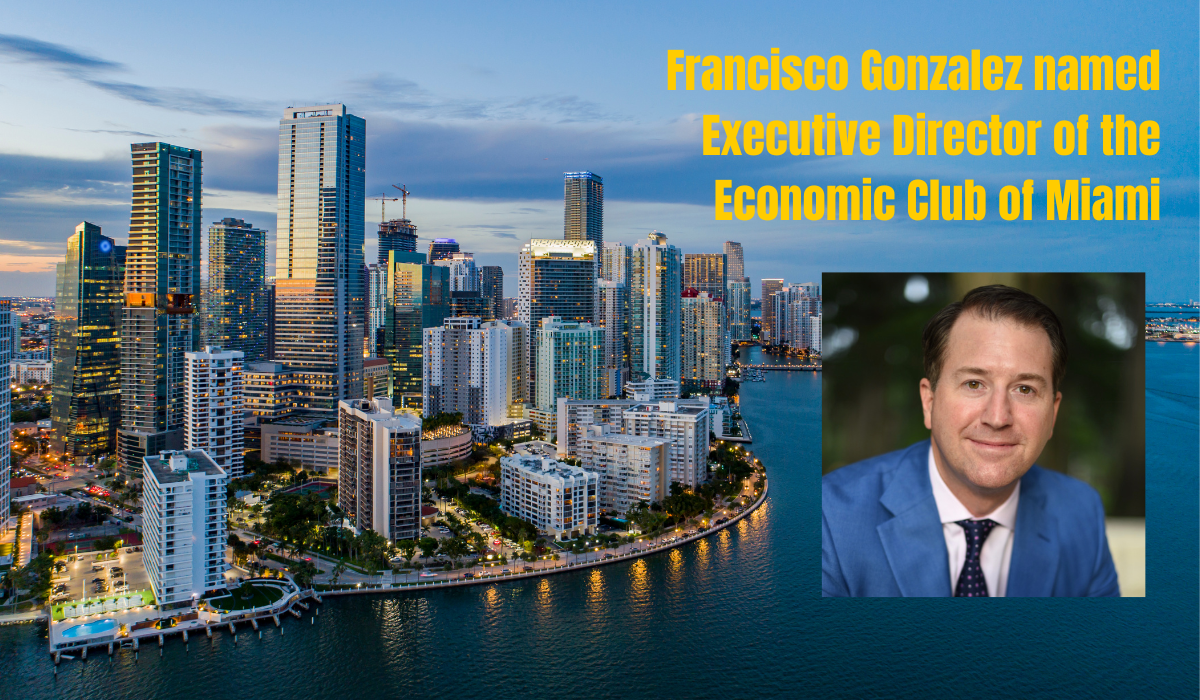 In this role, Francisco Gonzalez will continue to lead Fearless Journeys as he helps elevate the entrepreneurial spirit of the city of the future.

In addition to my role as the founder & CEO of Fearless Journeys, today I have also joined the team of the Economic Club of Miami as its Executive Director.

This is an amazing moment in history for the city I was born in -- Miami! To be a part of expanding the entrepreneurial activity happening here is such an honor.

The Economic Club of Miami fosters meaningful networking among business leaders connected to Miami while providing thought leadership on important issues. Its mission is to host events with leaders in technology, banking, investment management, arts, politics, media and many other industries.

The organization was created by its four current board members: Jon Hartley, Jeb Bush, Jr., Lourdes Castillo, and Jeremy Schwarz. (Read more about them here). They are an amazing team and I have been impressed by the caliber of events they have hosted, including with guest speakers like Peter Thiel and Ken Griffin, among many others.

Miami is attracting top talent. Businesses are moving here like never before. More importantly, perhaps, are the businesses that are starting here. We want to see more of this and help guide Miami to prosper, not only for the super wealthy, but to be a place where true upward mobility is possible for all, while continuing to be a destination for people around the world to visit and attend its world class events.

Like many people who live in Miami today, my father and grandparents lived here after first being born in Cuba. My grandparents' path took them from Havana to New York City and eventually to Miami, where they lived the better half of their lives. No one wants to leave their country. If my grandparents had their wish, they would have lived their entire life in Cuba. When opportunities disappeared there, due to Castro’s repressive regime, they found safe haven in the United States. When the physical and economic climate in New York City no longer fit their life, Miami became the place where they secured their lasting piece of the American Dream.

My grandparents are not unique immigrant stories. There are hundreds of thousands more like them from places that include Cuba, Venezuela, Colombia, Haiti, and the list goes on…  It’s no wonder this city was recently named the most diverse city in the world in the recent World Population Review (and it’s not even close).

Miami is also where my Tennessee-born mother went to high school. It’s where she and my father met. It’s where they welcomed me into the world at Baptist Hospital. It’s where they bought and secured their first home in the 1970s. It’s also where the Miami Dolphins once won two Super Bowls and had the only perfect season in NFL history (so I’m told!)

The Economic Club of Miami has now entered the scene as the premier club that is hosting regular in-person events featuring interviews and speeches from thought leaders in business, public policy, and other important fields.

If you would like to be a part of the membership of the Economic Club of Miami, I encourage you to apply today.

A few major cities in our country have such economic clubs. They include places like New York City, Chicago, and Detroit. Those places are and have been great American cities. But today is not their day in the spotlight. Today it is time for Miami to shine.

Help be a part of it and help make the Economic Club of Miami be the space where leaders come together to discuss the consequential issues of our time in the place that Tom Wolfe once said was “the city of the future.” And it seems, once again, Tom Wolfe is always right.

About me: For those who might be reading this and not as familiar with me. In addition to being named the Executive Director of the Economic Club of Miami, I will also continue to lead Fearless Journeys, a community I founded for aspiring and ascending entrepreneurs and travel enthusiasts. I am also the host of the Agents of Innovation podcast, where I have interviewed more than 100 entrepreneurs.

Next week, I am releasing a brand new book, The American Dream Is a Terrible Thing to Waste: 100 Agents of Innovation Share their Fearless Journeys in Today's Economy.

In 2021 and 2022, I was a visiting professor at the Universidad Francisco Marroquín in Guatemala City, where I have taught courses on entrepreneurship and innovation. I continue to be invited back to teach a course there for one month each year. When I am in South Florida, I also teach economic courses to inmates at the South Bay Correctional Facility in Belle Glade. I have previously served in philanthropic development roles for three nonprofit organizations: National Review Institute, The James Madison Institute, and the Intercollegiate Studies Institute. Born at Baptist Hospital in Miami, I was primarily raised in Broward County, graduating from St. Thomas Aquinas High School. I have a B.A. in history from Florida Atlantic University and an M.A. in History from the University of Maryland.